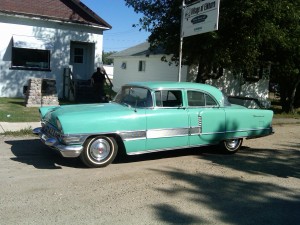 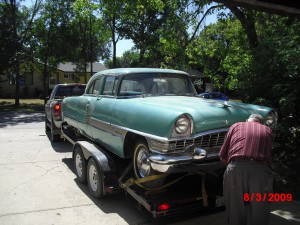 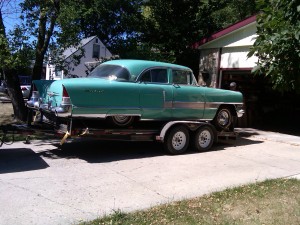 Packard significantly altered the Clipper line in 1955 with a new design, new powertrain, and a new chassis. The car’s front was radically different, with a mesh grille, revised bumper, and a wraparound windshield. Mechanically, a 12-volt electrical system was adopted, a new torsion bar suspension was installed, the Ultramatic transmission was enhanced, and a V-8 replaced the straight-eight engines. Deluxe, Super, and Custom trims defined the Clipper line, with the first two carrying a 225-hp, 320-cid V-8 with two-barrel carburation, and the latter using a 245-hp, 352-cid V-8. A Custom version of the Panama hardtop joined the ranks, and was called the Constellation.

Since we have had the Packard home it has been a real touring car.  It runs great!! 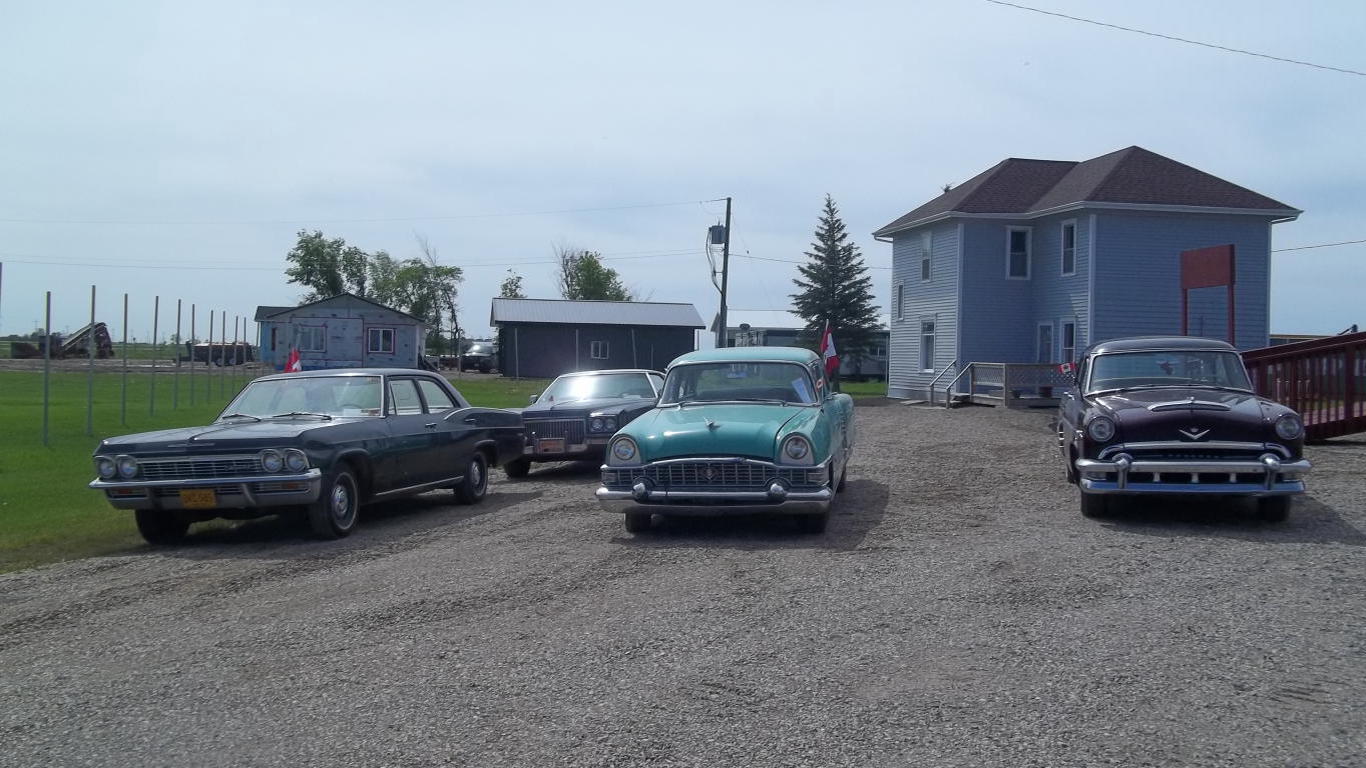 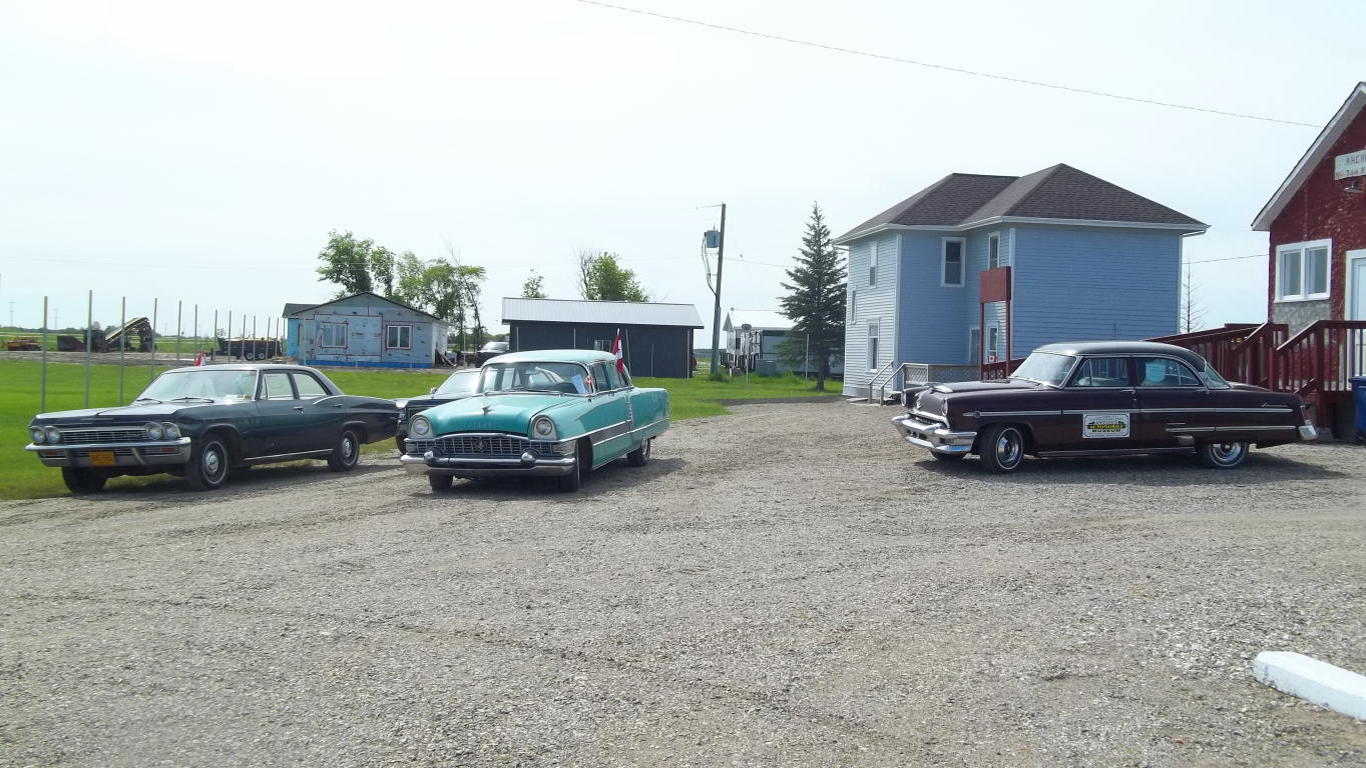 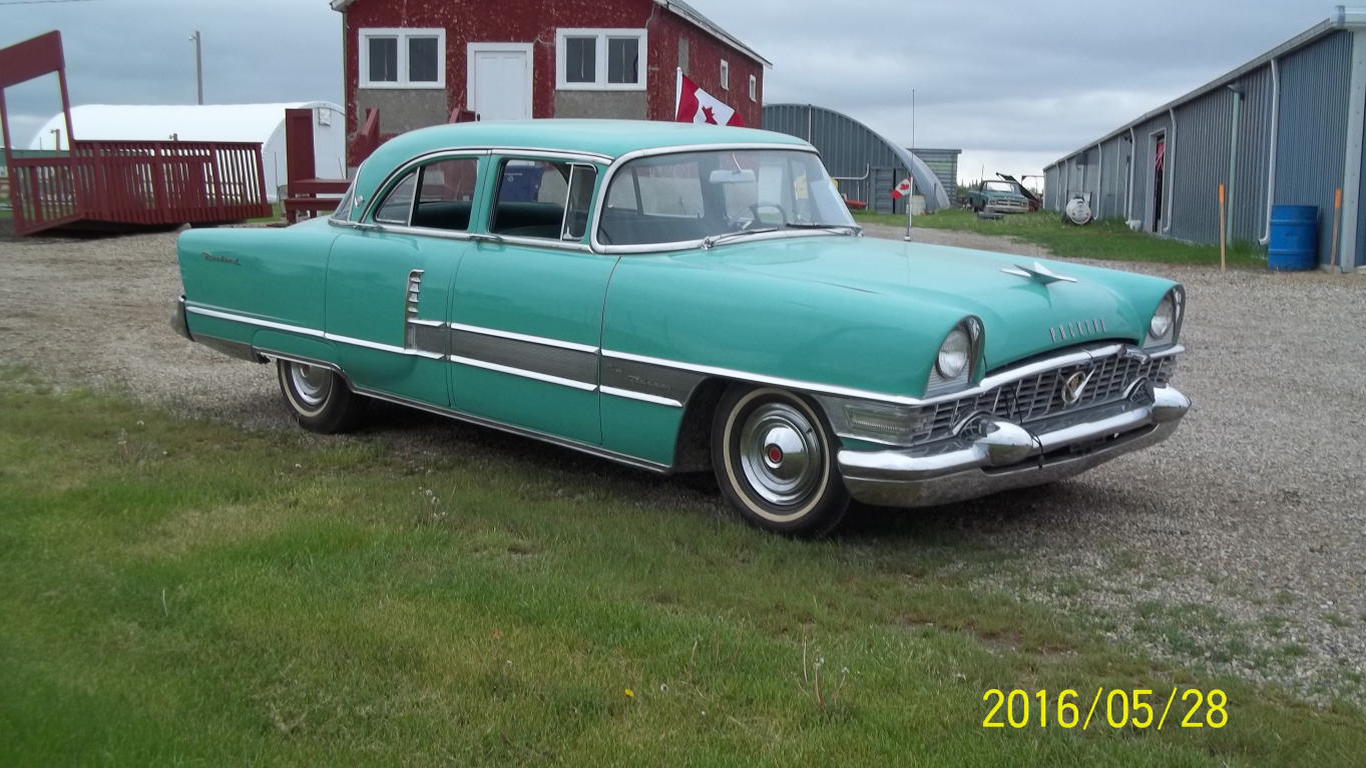