Opposition to Billy Durant’s giant General Motors combine was rife in the early years of the century, and led to some of the more unusual makes of motor car, in one way or another.  One example is the Museum’s extremely rare 1914 Briscoe Touring Car.

Benjamin Briscoe entered the auto industry in opposition to GM in 1910 as a partner in the Maxwell-Briscoe firm in New York.  After several amalgamations, the resulting combine, called U.S. Motors, attempted to oust GM from its commanding position, but instead fell apart itself.  In 1913, U.S. Motors failed; Maxwell-Briscoe, with neither of its founders still with the company, was able to survive.  Briscoe, out of work, quickly capitalized the Briscoe Motor Car Co. and entered production in 1914.  The company lasted only until 1922 and examples of the marque are all rare; this very early Briscoe is Serial Number 1313: one of the very first examples of the make build, and the only one known in Canada.

Briscoe introduced a V-8 engine late in their career, but this little 1914 sports a four-cylinder engine of very conventional type.  Apart from the single headlight, mounted in the middle of the top of the radiator, and the unique radiator needed to accommodate the headlamp, there are few really unique features to this car.  The viewer, though, will take careful note of the Splitdorf-Apelco electrical system used on the Briscoe.  The system features a 6-12 volt battery hookup and a combination starting motor and generator using a common field and armature assembly; the functioning of the assembly is governed by the manner in which an automatic stitch connects power.  There is no regulator, as the system has its won complete regulating system designed into it.  This combination starter-generator had been widely touted as a Honda invention of the 1960s: in the Briscoe, as in a few other makes of the early years of automobile, you see an earlier version of the same “modern invention” at work, but more than 70 years old. 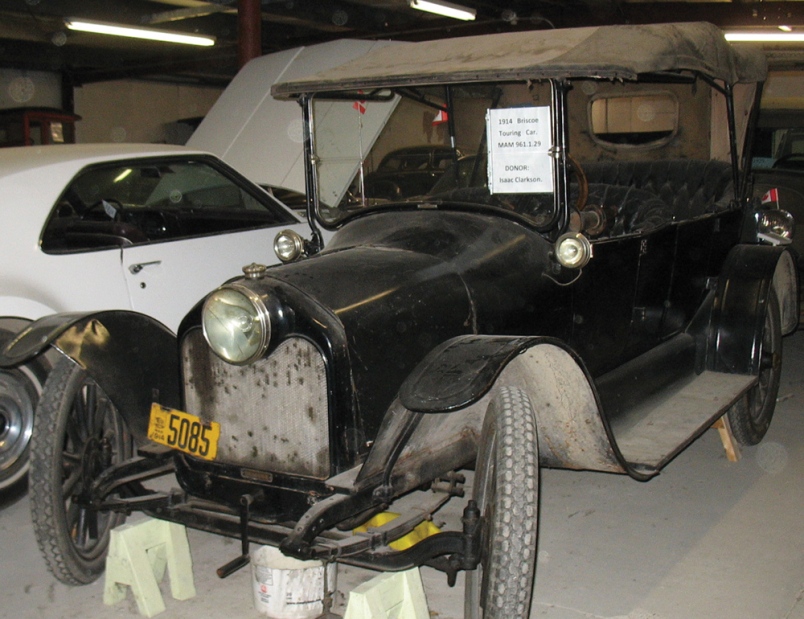 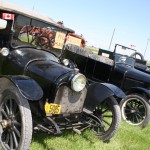 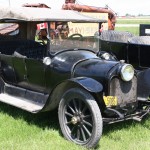 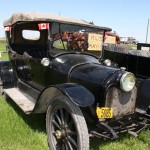